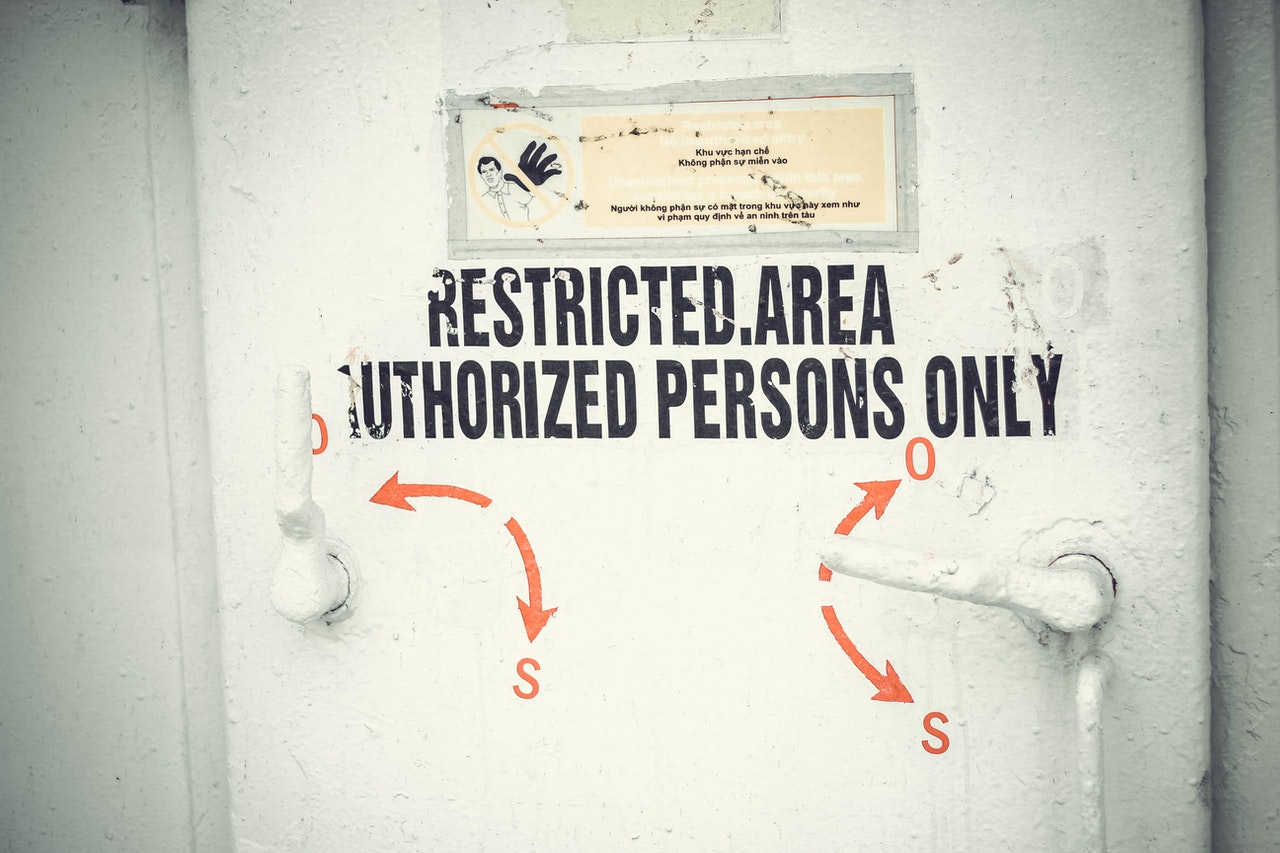 When people think about smart homes they usually think about smart speakers or locks, but smart security is equally important. While DIY security may not be quite as fun as having Alexa run your whole house, it can give you peace of mind even when you’re away. Today we’re going to compare three top systems to see which keeps you the safest. We’re going to look at Simplisafe vs Ring vs ADT DIY security packages.

So, which one is best? We are going to compare Simplisafe vs ADT vs Ring based on equipment, installation, DIY monitoring, professional monitoring, and home automation.

Simplisafe vs Ring vs ADT: Equipment

“Home security” is a rather vague term, don’t you think? This could include a whole bunch of different things like cameras, motion sensors, panic buttons, and so on. What exactly do you get with these security packages?

Let’s break them down and look at each one.

Simplisafe 12 Piece Wireless Home Security comes with everything you need to keep your home safe. You get 5 entry sensors, 2 motion sensors, panic button, key fob, SimpliCam camera, and a 95dB siren. You also get window stickers to keep intruders away along with a free month of professional monitoring.

Ring Alarm comes with a respectable security package. You get a camera, base station, keypad, contact sensor, motion sensor, and range extender to ensure all the pieces can communicate. Whether you’re looking for security inside or outside the home, the Ring Alarm system has you covered.

Blue by ADT is their DIY system. Unlike their other ADT systems, which must be professionally installed, you can install this one by yourself. This system comes with a smart home hub, two motion sensors, and four door and window sensors.

When it comes to Simplisafe versus Ring versus ADT, we have to give the win here to Simplisafe. You’re getting a lot more for a similar price. If you want to save some money, then Ring Alarm comes in second place. You don’t get quite as much, but the price is a bit more comfortable.

Ring vs Simplisafe vs ADT: Installation

I think one of the things holding people back from embracing smart home technology is the fear of installation. While the best smart home tech only takes a few seconds to install, other pieces can take minutes or hours with complicated instructions. You might be worried about how difficult it is to install DIY home security, so let’s look through the installation process.

Simplisafe is as easy as it gets. Many of the sensors are peel-and-stick, so place them where you need them. Put all the pieces around your home and yard as needed, connect the base station, open the Simplisafe app, and everything will connect to your WiFi. You should be done in 10-15 minutes. If you can pair smart speakers, like we reviewed with Echo Dot vs Echo, then you can connect your Simplisafe system.

Ring Alarm is easy, but not quite as easy as Simplisafe. You will get video tutorials through the app that will help, but the instructions are pretty straightforward. Just place all the equipment where you want it and connect the pieces through the app.

The major difference is that the Ring app seems to have a hard time connecting all the pieces simultaneously. You will likely have to connect the pieces individually. This is a little annoying, but shouldn’t take longer than a few minutes.

Last up is ADT. While most ADT security systems must be professionally installed, Blue by ADT is their only DIY system. You’ll be happy to know that this is pretty easy to connect. Just like the other systems, connect the base station, position the sensors, and use the ADT app to do the rest.

Overall we found Simplisafe to be the fastest, but they’re all pretty equal. If we were picky, then we’d say that ADT came in second while Ring came in third, but it’s by such a small margin that it really doesn’t matter. All three are simple to install.

Security monitoring comes in two different types: DIY (free) or professional (paid). DIY means that the only person watching the system is you. This is usually fine for most people and should be good for low-risk areas. Let’s see what you get with each system in the DIY monitoring department.

Simplisafe comes with a SimpliCam. You can use the app to look through the camera and see what’s going on at home. Not only that, but it has night vision for seeing in the dark. The app will also notify you if anyone is trying to get into your home, if any of the sensors have been triggered, or if the keypad has been improperly disarmed. Overall, you get intuitive security right through your device.

The Ring Alarm system also has a camera that you can check through the Ring app. You’ll receive notifications whenever the sensors are triggered or the system hears glass shattering or other obvious sounds of intrusion. This system makes it a little easier to set authorized users through the app, which is nice for busy homes.

Blue by ADT is similar. The only major difference is that many of their packages don’t come with a camera, so check for that before buying. If you have a camera, then you can view it through the ADT app. You’ll get notifications whenever the sensors are triggered.

I’d say this is a tie between Ring vs Simplisafe. While Ring has a more intuitive app, the variety of equipment you get with Simplisafe allows you to do more overall DIY monitoring. When it comes to ADT vs Simplisafe, I think that ADT is OK. It’s not quite as robust, but it’s not bad either.

If being your own security personnel is too daunting, then you can always pass the responsibility over to the professionals. This monitoring ensures that you have a capable support team watching over the security equipment. Not only that, but they will alert fire, police, and other services as needed.

Here we’re going to cover what you get with professional monitoring along with how much it costs.

Simplisafe professional monitoring costs are around $15 to $25 depending on which plan you choose. You can find out more at Simplisafe monitoring plans. Not only does this give you full-time monitoring and fire coverage, but you also get cloud saving for your videos. Their top plan also reduces home insurance rates. Be sure to read the plans carefully so that you get the services you want.

Ring Alarm offers professional monitoring through their Ring Protect plans. This costs $10 a month or $100 a year. The plan is simpler overall and gives you 24/7 emergency, police, and fire monitoring. They will also call to see if you’re safe and will send help as needed.

Last up is ADT. The Blue by ADT professional monitoring plan is $19 a month and you get the first month free. This is similar to the Ring plan in that you get 24/7 monitoring, help will be called as needed, and you get backups of your data and videos.

This one is hard to judge since they all have separate strengths. Ring is the most affordable, ADT is similar but you’re getting the proven experience of ADT on your side. Simplisafe’s price ranges from in the middle with the most affordable plan to the most expensive with their biggest plan, but this plan also reduces homeowners insurance rates.

In general, all three are good and ensure that you have 24/7 coverage.

We’re specifically referring to voice commands here. Controlling the security system through an app or keypad is great, but home automation adds a whole new level of control. It’s nice just telling the system to arm or disarm itself, it works much easier this way.

So, let’s compare Ring vs Simplisafe vs ADT to see what home automation features they offer.

All three are fairly equal here, but Ring Alarm has a small disadvantage. Since this is an Amazon security device, they only use Alexa and nothing else. That’s perfectly fine if you have Echo Show, which we looked at with Echo Show 5 vs 8 vs 10. If you have Google Assistant, then using Ring might be a problem. If you have Alexa, then all three are identical.

So, what are the major differences between Simplisafe, Ring and ADT?

Simplisafe includes more pieces overall, their best professional monitoring plan can reduce insurance rates but is also the most expensive, and the system gives you a lot of control.

Ring has the most intuitive app, works best work Alexa (which is good, since that’s the only smart assistant it listens to), and it has the most affordable professional monitoring.

Blue by ADT has the backing of the de facto home security company, a good variety of equipment, and great professional monitoring.

While there are several differences, what’s really surprising is how similar all three systems are. They all come with a variety of equipment, though Simplisafe really excels with variety, all have great app controls, installation is easy, there are similar home automation features, and professional monitoring is nearly tied with all three.