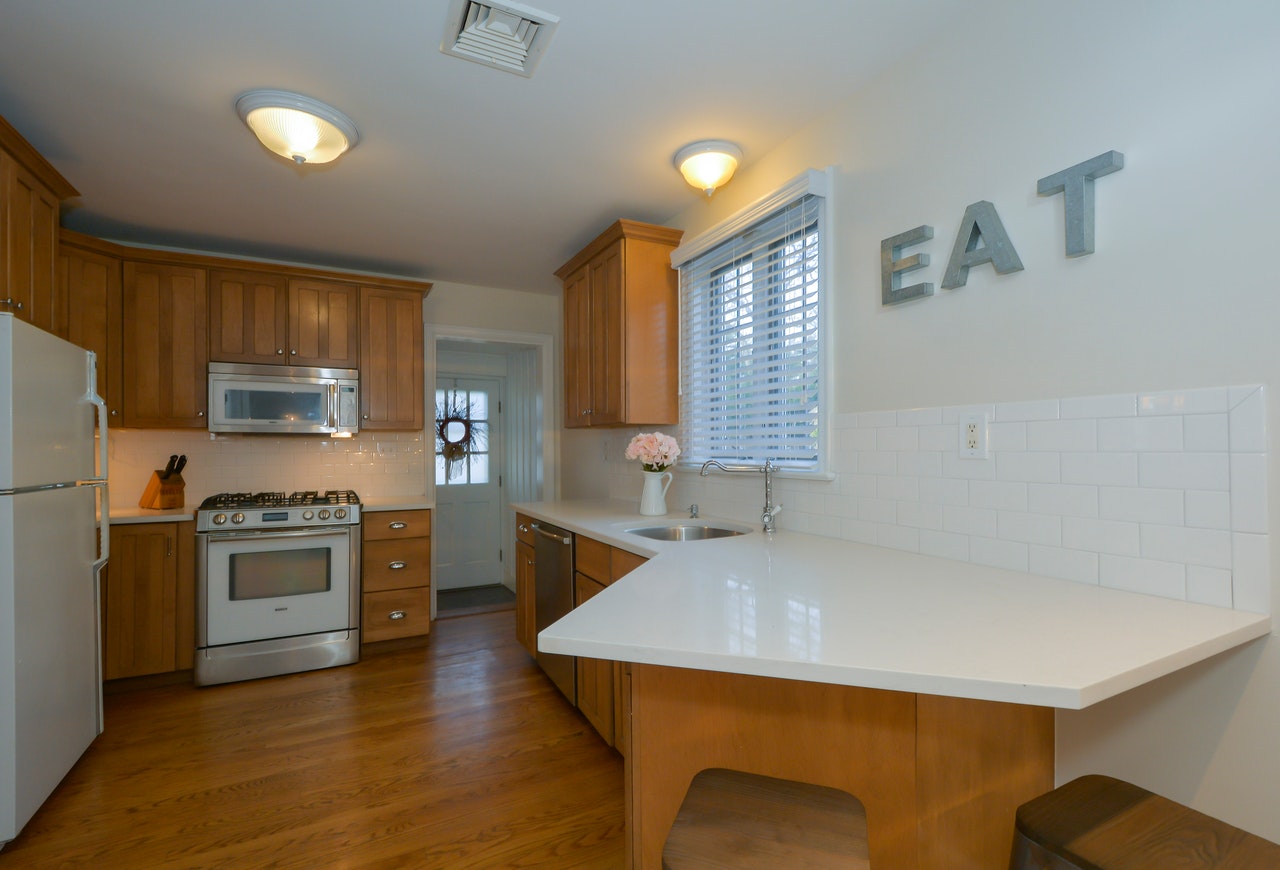 Looking for the best smart oven? It’s tough because there are plenty of options out there and each one interprets the word “smart” very differently. In fact, we’re going to cover what a smart oven is because it’s different than most other smart home devices. Today we’ll be covering June Oven vs Amazon Smart Oven vs Toshiba vs Tovala to see which is best for your home.

We’ll be comparing these smart ovens based on functions, sensor, app, and capacity.

What is a Smart Oven?

What do you think of when you add the word “smart” to any home device? Think of smart speakers (Echo Dot vs Echo), smart doorbells (like our Lockly vs Ring comparison), or smart displays (Echo Show 5 vs 8 vs 10). You probably think of a device that has a dedicated app, voice controls, and probably some video capability.

Some smart ovens fit this description, but others are very different. Some of the ovens here, like the Amazon Smart Oven, have voice controls and others, like the Tovala, have a dedicated app. They do have one very unique feature you likely haven’t thought of.

Nearly every smart oven has some type of scanning capability. This allows you to scan food, especially frozen food, and the oven will program the proper time and temperature to cook the food. This makes it easier than ever to prepare a meal.

You should also know that smart ovens are usually the size of a large microwave. Speaking of which, some can also microwave food as well, so we’ll be sure to cover that.

Let’s start off with what the smart oven can do. When it comes to June Oven vs Amazon Smart Oven vs Tovala vs Toshiba, you’ll find that most of these ovens do more than just cook. The magic of smart kitchen appliances is that they often stuff as many appliances together as possible, and smart ovens are a great example of that.

Starting off with the June Life Smart Oven, this appliance can bake, roast, toast, dehydrate, broil, slow cook, warm, and even slow cook. That’s everything a standard oven can do, but with a few extra additions.

What about the Amazon Smart Oven? This oven comes with four main functions. It can convection bake, microwave, warm food, and air fry. The Amazon air fryer function does take longer than dedicated air fryers, but the results are just as crispy and tasty.

Next up is the Toshiba Smart Sensor Oven. This is more like a smart microwave oven, but it comes with four auto roast and four auto bake options. It can also microwave, bake, reheat, and grill.

Lastly is the Tovala Smart Steam Oven. This oven comes with plenty of functions like baking, steaming, broiling, reheating, and toasting. You’ll have no problem cooking any type of food.

So, which is best? We think the June Life Smart Oven is the big winner here with the most functions. Next up is Tovala with the last place being a tie between Toshiba Smart Sensor Oven and Amazon Smart Oven.

In general, all four give you plenty of functions, but June gives you the most.

We mentioned before that one of the best things about smart ovens is their sensor. This allows them to perfectly cook food. However, each smart oven has a different sensor with different capabilities. Let’s see which one has the best scanner for your meals.

Starting with the June Oven, this is interesting because it doesn’t have a scanner, but it instead uses a camera to recognize the food inside the oven. It will then properly cook that food so that it’s as moist, tender, and delicious as possible.

Worried about the scanner not working well enough? The June Life Smart Oven is able to scan over 200 foods. Plus, it gives you a menu so that you can customize doneness and other important cooking factors.

The Amazon oven uses a scan-to-cook function through the Alexa app. Simply scan the item and the oven will take over from there. While the scanner recognizes many foods, it should be noted that most of them are from the Whole Foods 365 line (which is owned by Amazon). It can recognize some other foods as well, but this is best if you buy exclusively or primarily from Whole Foods.

The Toshiba Smart Oven comes with a great sensor that’s able to read frozen and fresh ingredients. It will then set the time and temp appropriately for the best meal possible. Not only that, but it will also select the proper cooking mode based on whichever works best for your meal.

The Tovala scan-to-cook option is very robust and recognizes over 750 different items. This allows it to set the oven correctly for just about every fresh, frozen, or packaged item you need to cook.

The big winner here would be Tovala with its ability to recognize over 750 different items. June Oven is second up as the camera can automatically recognize 200 items. Toshiba also has a great sensor, and Amazon’s is good too, but it’s best if you commonly shop at Whole Foods.

While you can always cook manually, that removes the “smart” portion of the smart oven, don’t you think?

We mentioned before that another big part of smart oven is their app. This allows you to expand the functionality with your device and, in the case of Amazon Smart Oven, even gives you a smart scanner for the microwave.

All four apps are fairly similar, we won’t separate this section as much. They all include an app that allows you to choose from different recipes, view whether the oven is done, and most of the apps also give you control over the microwave.

Perhaps the big outlier here is Amazon. The app is connected to the Alexa app (rather than a proprietary smart oven app), and it gives you a scanner that isn’t connected to the oven itself.

While there are differences in the apps themselves, they all offer similar features and we can’t choose a specific winner here. The good news is that they all expand the functionality of a regular oven and make it more useful than ever.

While voice commands are great (and fun, let’s not forget that controlling an oven with your voice is fun), not all smart ovens come with this feature. So, let’s check each oven and see which ones do or don’t offer voice commands.

The June Oven does include Alexa support through the app. This allows you to issue voice commands such as telling the oven to preheat to a certain temperature or to cook food for a few extra minutes. It’s useful and great if you have Alexa.

If there’s one similarity in the June Oven vs Amazon Smart Oven debate, then it’s the Alexa voice commands. This shouldn’t be surprising, Amazon adds Alexa to every device they make. You get the same voice commands for setting time, temp, and function.

Unfortunately the Toshiba Smart Oven isn’t equipped for voice commands. You can easily control it through the app or control panel, but sadly you can’t use your voice.

Just like Toshiba, this oven doesn’t offer voice commands. But, the app is incredibly useful and makes it easy to control and monitor the oven from a different room (or from outside the house as well).

This is a draw between Amazon Smart Oven vs June Oven. Both have the exact same Alexa support and accept the same voice commands. While voice commands are great, we suggest that you consider the other features as well when making your decision.

This is one of the most important factors you should consider when buying an oven, smart or otherwise. You don’t want an oven that’s too small for your meals. As we said before, these smart ovens are all like large microwaves. That makes them compact and easy to fit in your kitchen, but it also makes it difficult to throw lots of food in there.

So, which smart oven has the best capacity? Let’s take a look.

The capacity for each smart oven is:

Consider how much you normally cook and see which capacity is right for you. Except for the Tovala model, all of these are able to fit a whole chicken or turkey with ease. All of these should have an easy time feeding you if you’re cooking for yourself, a couple, or even a small family.

Getting the oven by itself is great, but don’t you want some accessories to go along with it? Let’s see what type of accessories you’ll get with each smart oven.

The June Oven gives you a ton of accessories. You get a food thermometer, a roast rack, two pans, three air frying racks, a wire shelf, and a crumb tray. That should easily cover anything you want to make with this oven.

The Amazon Oven gives you a few expected accessories and one very unexpected one. You get a glass tray, cooking racks, support ring, air fry pan, and temp probe. You can also choose to get an Amazon Echo Dot (article) with your oven.

Unfortunately, Toshiba takes a big hit here. As we said before, this smart oven is more of a microwave in many ways, and you’ll really see it here. The Toshiba Smart Oven has a glass turntable that you place food on. It doesn’t come with any accessories.

Tovala gives you a good accessory pack. You get a measuring cup, sheet tray, dray tray, hot pad, steamer cover, crumb tray, quick start guide, and an oven rack. That should be everything you need to get started.

Which Smart Oven is Best?

So, which smart oven is best? Each has their own pros and cons. The June Oven is best with recognizing fresh foods, Tovala has the best scanner, Amazon comes with an Echo Dot and is a good all-arounder, and Toshiba is at a good price.